Previous Next
2021 Loss Events in Review

The year 2021 continued to be an interesting year in the insurance market, with extreme and unique weather events and ongoing uncertainty around COVID. The industry as a whole continues to experience a rapidly hardening property market, a trend that accelerated in 2020, but had been snowballing the previous five or six years. It is common for the market to cycle from hard to soft every five to ten years, so it is increasingly important for investors to ensure that your insurance agent is advising you on ways to “ride out the storm” while still maintaining adequate coverage.

The new year always gives us an opportunity to look back on the previous 12 months to evaluate what happened, why it happened, and what we can learn from it.

Extreme weather events were the hallmark of the year.

Second only to 2020, 2021 was marked by costly and frequent extreme weather events with a total of 21 disasters that each individually exceeded $1 billion in damages. In fact, Aon estimated that insurers would pay out upwards of $42 billion in just first half of the year; the largest amount of insurance compensation in ten years. The total estimated damage for the year tops $145 billion.

We can’t discuss extreme weather events in 2021 without acknowledging the “polar vortex” that affected nearly every state in the country between February 12th and 20th, but hit the southern plains particularly hard. “Winter Storm Uri” is likely to be the costliest winter weather peril ever, with an estimated $15 – $20 billion in damages to be paid out by insurance (still just 25% or the total estimated damage), comparable to Hurricane Harvey in 2017. At the peak of the freezing temperatures, Texas saw an average temperature of just 12 degrees, and buildings in traditionally warmer southern states may not have been adequately insulated to withstand such temperatures. Texas experienced extended power outages, causing pipes to freeze, then burst, leading to extensive water damage. Loss damages may have been exacerbated by a surge in demand for contractors and construction materials, delays of which could also have increased the risk of mold from standing water.

The Spring continued to wreak havoc on the southeastern states with tornadoes, high winds and hail, rainfall and flooding sweeping through the area from Mississippi, to the Carolinas, to Tennessee, over to Oklahoma, and down to Texas and Louisiana.

Summer saw the height of Atlantic hurricane season with Tropical Storm Elsa in July and Tropical Storm Fred in August, both affecting Florida. Then Hurricane Ida swept through Louisiana, becoming the costliest weather event of the year. With maximum sustained winds of 150 mph (matching those of 2020’s Hurricane Laura), Grand Isle, LA took a direct hit with 100% of homes sustaining some damage, and parts of New Orleans experiencing power outages for up to a week. After the effects of Ida moved up to the Northeastern states, it is estimated that Ida will result in nearly $75 billion in damages.

In other areas of the country, Detroit and its surrounding suburbs saw significant flooding in July, the second “100 year” rain event in ten years. The frequency of flooding in this area points to aging infrastructure including water service and sewer lines, as well as electrical issues at pumping stations.

A quiet Fall ushered in a vengeful Winter with some losses occurring later in the year than we’ve ever seen. December saw unseasonable and catastrophic tornadoes sweeping through the southeast and central states including two EF-4 storms in Arkansas, Missouri, Tennessee and Kentucky (decimating the small town of Mayfield, KY), and recording six tornadoes in Illinois. Five days later, a record-breaking derecho and tornado outbreak caused widespread damage across the Midwest (more than 50 recorded) with wind gusts mirroring hurricane-forces. In fact, this occurrence represents the first December derecho event in the US and first tornado on record in Minnesota.

The year came to a close with devastating wildfires in Boulder County, Colorado, brought on largely by the driest six months on record for the area, above-average temperatures, and a strong storm system bringing wind gusts in excess of 80 mph. It is believed that the initial cause of the fires was a downed power line that, combined with these dangerous conditions, caused fast spread. The fires slowed as a heavy snowfall extinguished the blazes before the new year, but not before devastating the town of Louisville. 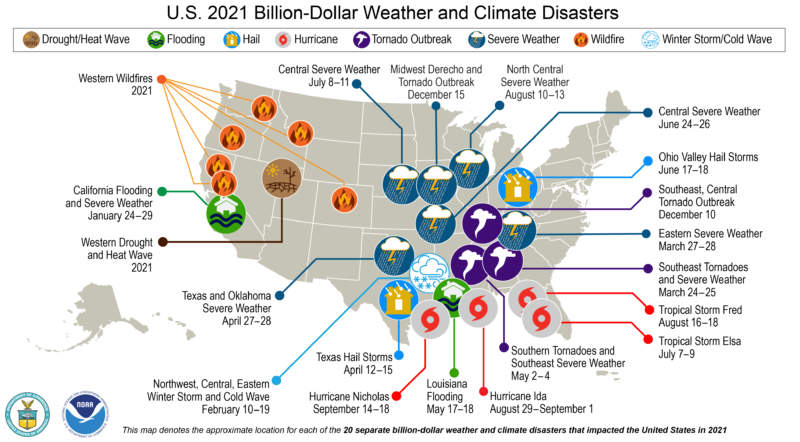 How is the insurance market reacting?

Following 2020’s active hurricane season and continuing into 2021, many carriers are reducing capacity for wind/hail and named windstorm coverage in catastrophe-exposed areas. This has also lead to increased property rates in a bid to cover the past and expected future losses.

As a direct result of the February polar vortex, we should be prepared to see premium increases, higher deductibles assigned to the peril of water damage, and even a limited appetite from carriers for Special Form coverage in the affected states moving forward.

The same seems to be happening with carriers and their appetite for providing coverage in wildfire prone areas. It is far more common for us to see coverage moratoriums assigned to wildfires over other catastrophic like hurricanes. Carriers are more cautious and requesting additional underwriting information in these areas

So what can we, as investors, take from this?

There is a clear need for updated infrastructure across much of the US, and it is expected that  the next few years may see updates to building codes in order to ensure buildings are able to better withstand extreme events. You may consider ensuring that Ordinance or Law coverage is included on your property policy. This coverage helps provide additional funds in the event you need to make updates to your property following a covered loss (that are unrelated to the direct cause of loss) in order to meet the latest building codes.

To combat expected rate hikes, you may discuss taking higher deductibles on wind/hail perils, or dropping from Special to Basic Form coverage (as long as you are comfortable self-insuring the excluded perils such as water damage, weight of ice, sleet, or snow, and theft – to name a few).

One of the challenges coming out of the Texas polar vortex is that locations in that area may not have had coverage for the damage caused by burst pipes. This cause of loss is considered “water damage” – and is excluded from Basic Form policies. As uncommon as it is for Texas to reach such frigid temperatures, property owners may hedge their bets to save on premium with a Basic Form. Weigh your options and understand your exposure if there are potentially damaging exclusions on your policy just to save a little on premium.

Preparing your properties to mitigate loss is equally important to help limit your exposure and stabilize insurance costs.

Regardless of where your property is located, cold weather can strike. Insulate pipes on exterior walls, in crawl spaces, and the attic. When the temperature drops, open cabinet doors to allow heat to circulate to un-insulated pipes under sinks and appliances, and let warm water drip overnight, especially for faucets on outside walls.

If the property is vacant, the heat should be maintained to at least 55 degrees and someone should check the property daily during cold snaps to make sure the house is maintaining heat. Prior to the first freeze, shut off the water at the street and drain the plumbing system.

Hurricanes are not slowing down and there is nothing we can go do to stop them. The best approach for property-owners in hurricane-prone areas is to fortify your properties to better withstand the events and limit the damage your property may endure. Well before a storm hits have fans, water pumps, cleaning supplies, and a portable generator on hand. You may consider installing permanent storm shutters but a second option is to use 5/8” marine plywood cut ahead of time to fit over windows. Tape does not prevent windows from breaking.

A well-maintained property can help mitigate damage. Be sure gutters and downspouts are secure and clear of debris. Keep trees and shrubs well-trimmed so they are more wind resistant. Be sure the battery backup for your sump pump is working to prevent drain backups.

When it’s safe to visit the property, you may find broken windows, holes in the roof, or standing water. Use tarps to cover openings in case of additional rain, or secure with plywood to discourage thieves from accessing the property. Water can cause mold to form quickly, so act swiftly to dry out wet items. Put furniture on blocks, remove area rugs, and bring in a water pump and fans.

Now is a great time to be sure your insurance policy covers Named Storms (a storm or weather condition identified by name by the National Weather Service). Some standard property policies exclude this cause of loss, and require that it be purchased separately. It is important to note that even a property policy that covers Named Windstorm typically does NOT cover damage caused by a Flood that occurs as a result of that storm surge. Named Windstorm is intended to cover damage to the property caused by wind. Consider carrying Flood as well to account for the damage caused by flooding as a result of the storm if your properties are in hurricane-prone areas. Don’t be caught flat footed after the fact – review your policies now, before hurricane season.

Over 7.1 million acres burned during the 2021 wildfire season. If you invest on the West Coast or within a mountain zone, there are regular maintenance practices that can create a “defensible space” around your properties.

Keep the area around the home clear of dead vegetation, dried leaves, pine needles, ground debris, and anything that will burn. Remove tree limbs that overhang the roof, and keep the roof and gutters clear of branches and debris.

Do not store combustible materials in or near the house and make sure vents are covered with 1/8” mesh screen. Be sure the property has garden hoses long enough to reach any area of the home.

For your occupied properties, it is important that you maintain open lines of communication with your tenants and that you are both in an emergency preparedness mindset. Be sure renters know what is expected of them, where they should go, and what they should do in the event of a disaster. 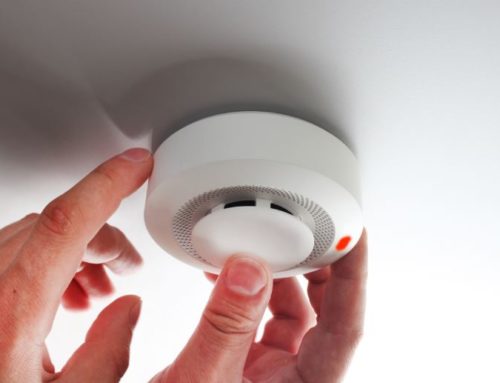 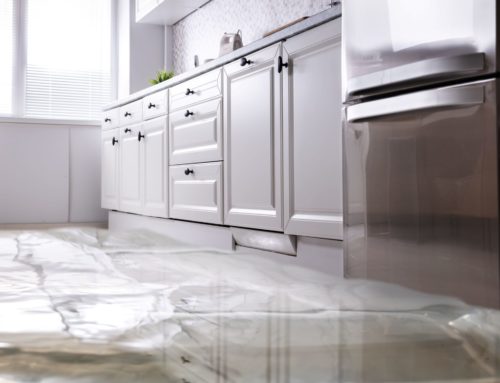 Protect Your Vacant Property from Water Damage This Winter Gallery

Protect Your Vacant Property from Water Damage This Winter 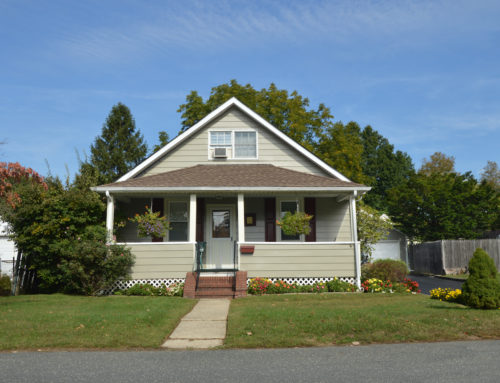 Most Preventable Property Losses for 2020 Gallery

Most Preventable Property Losses for 2020 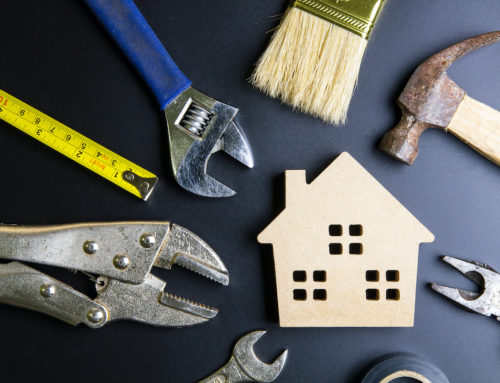 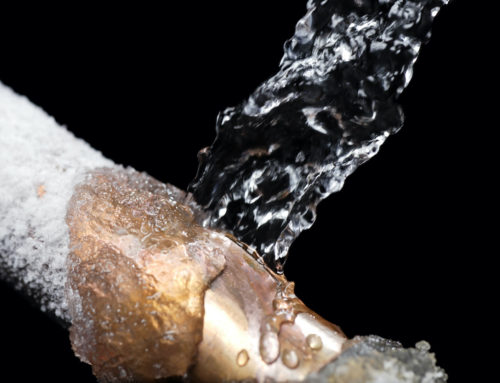